Maya Blue: the color of the Mayans
Color symbolism

Previously, we talked about the History of Ancient Mayans, and the Mayan traditional clothing in the past and now. In this blog, we will be talking about something a little bit different but as interesting nonetheless- the symbolism of the colors Mayan used. It is perfectly known that Mayans used plenty of bright colors both in their clothing and in their face painting rituals in the past. They are still creating clothes that are art pieces containing many colors.

One of the colors that dominated the Mayan societies in the past was the Maya Blue. Why is this color worth mentioning separately? Keep reading to find out.

Maya blue is a pigment that Mayans produced in order to color their pots, panels, sculptures, and more. It has been dated back to the Classic period about AD 500, and it’s a very distinctive color that can be seen in many Mayan objects and buildings. One of the places where it’s very present is the Bonampak archeological site in Mexico. At the bottom of a well in a Maya site by the name of Chichén Itzá in the Yucatán Peninsula of Mexico were found traces of pottery colored in Maya Blue. 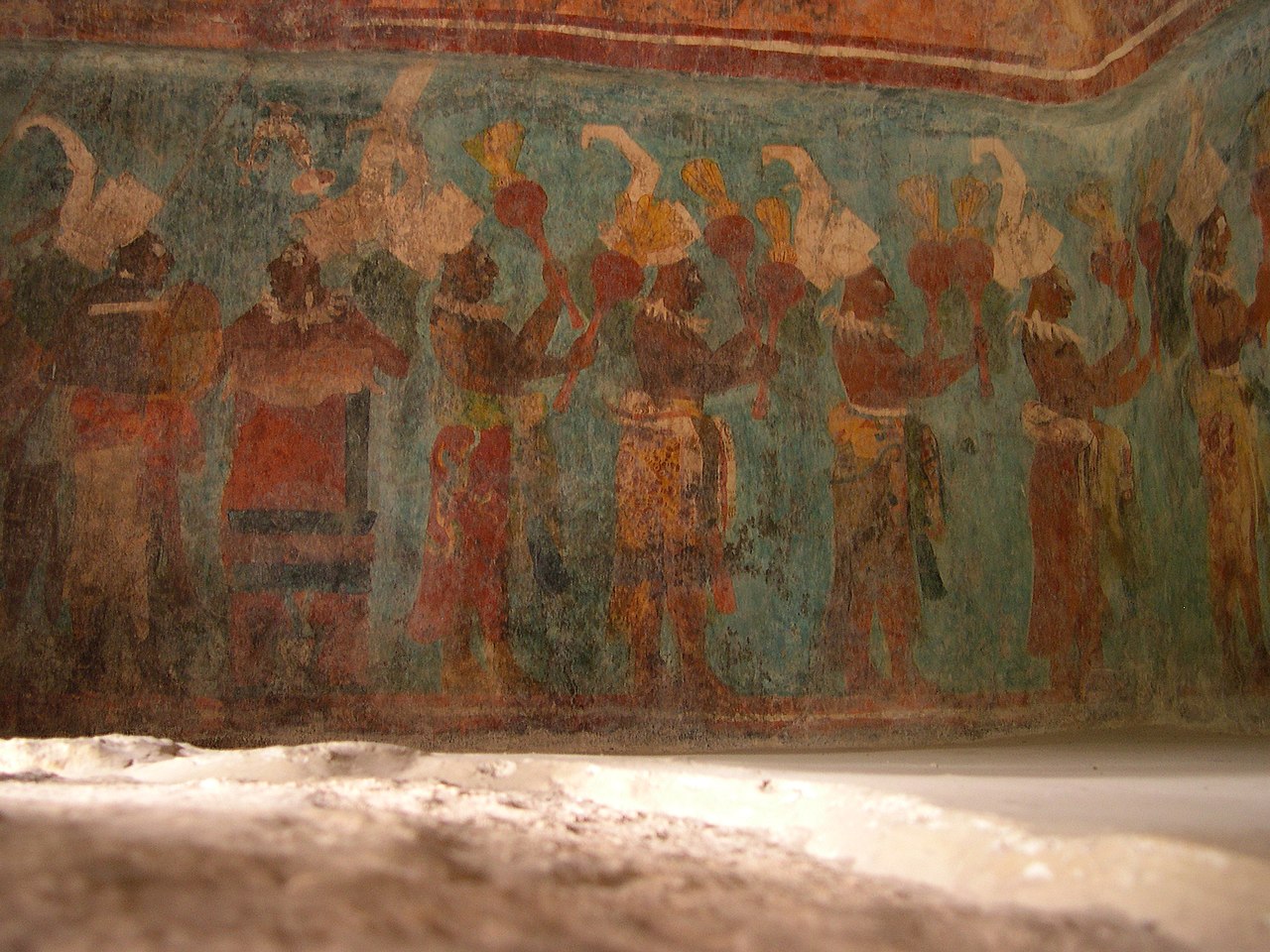 Other than on buildings and objects, Maya blue was used in ritualistic practices, offerings, and murals.

It’s impressive that a pigment Mayans made has been staying visible hundreds of years later. The pigment stayed resistant to chemical and biological determination for centuries. For creating Maya Blue, Mayans combined indigo plant and palygorskite which is a type of clay. However, just mixing those two is not enough. Mayans developed a way of “cooking” the ingredients in order to get the pigment. How they did this was a mystery for a long time.

According to researchers from the University of Valencia, there was a third ingredient in the Maya Blue which was dehydroindigo that gave a yellowish pigment. This explains why the Maya Blue has a green undertone. Scientists think that Mayans were so smart that they were getting the needed hue saturation by heating the mixture for different periods of time, or at different temperatures. The temperatures that they had to achieve in order to get the mixture were between 150 and 200 degrees C. They did the heating process in kilns that were created for this purpose.